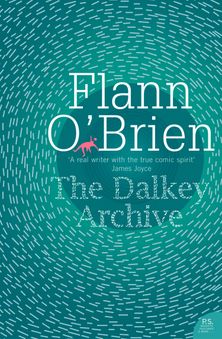 From the author of the classic novel ‘At-Swim-Two-Birds’ comes this ingenious tale which follows the mad and absurd ambitions of a scientist determined to destroy the world.

Flann O’Brien’s third novel, ‘The Dalkey Archive’ is a riotous depiction of the extraordinary events surrounding theologian and mad scientist De Selby’s attempt to destroy the world by removing all the oxygen from the atmosphere. Only Michael Shaughnessy, ‘a lowly civil servant’, and James Joyce, alive and well and working as a barman in the nearby seaside resort of Skerries, can stop the inimitable De Selby in his tracks.