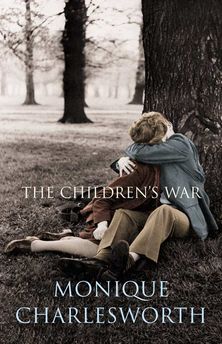 A heartrending coming-of-age novel set in a war-torn Europe, The Children’s War is subtle and romantic literary fiction at its best.

A young girl sits alone in a station waiting room in Marseilles. Part Jewish, Ilse has been sent out of Nazi Germany to safety in Morocco by her mother. This is the beginning of an uneasy life, shifting across borders, blown by circumstances beyond her control. Fleeing through France as the Nazis invade, she is thrown in the path of an intense young soldier, François, in whom darkness and light seem inextricably mixed.

Inside Germany, a boy struggles with his destiny in the Hitler Youth. Nicolai is a reluctant warrior. Despite the comfort of his Hamburg home, he comes to feel that he is a stranger in his own land.
As war steals their youth away, both Ilse and Nicolai search for love in a time of terror. Subtle in its depiction of people and worlds now vanished, this epic novel of occupation and war powerfully evokes the battles behind enemy lines, those of home and of heart.