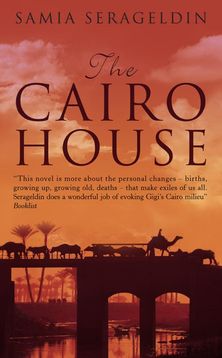 The brilliant, haunting and fascinating story of a pre-eminent and large family, Cairo society post-war onwards and Egyptian politics.

‘While I was writing the book, I thought the title was something I could decide on later. But in effect I realized that I would only know what the book was about when I knew what the title was. And the title is The Cairo House because the novel, for me, is about an entire era in Egyptian twentieth century history that witnessed the rise, and fall, of the nationalist movement, party politics, and the Egyptian landowning bourgeoisie. The history and fate of the house reflect this pivotal era that spanned a century and came to an end with the passing away of the last Pasha at the turn of the 21st century.’ Samia Serageldin