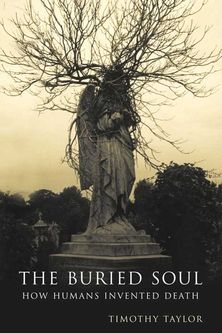 From the author THE PREHISTORY OF SEX, a coruscating, insightful history of the human soul

Tim Taylor’s investigation in the invention of the human soul, from the earliest remains of burial to funeral rituals in ninth century Steppes and the mummification of Lenin in Moscow, is a breathtaking combination of research, insight and scholarship that has profound resonance today.

Combining history, archaeology, philosophy, cutting edge science and autobiography, THE BURIED SOUL is a radical and unique adventure into the sepulchral world. Constantly illuminating and insightful, it is not only a fascinating investigation into popular science but also a thought provoking and discursive examination of ourselves.