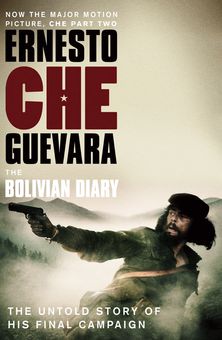 In 1967 Che Guevara left Cuba to lead the Bolivian Liberation Army. In the jungles of Bolivia they attempted to initiate a revolution like that in Cuba, in which Che had played such a central role. This fascinating diary describes the troubled guerrilla campaign until Che’s final entry on the 7th October 1967 – the day before his capture by the CIA-backed Bolivian Army and his execution. Following the phenomenally successful film adaptation of ‘The Motorcycle Diaries’, two of Che Guevara’s later and most insightful diaries are being brought to the big screen in 2009. Directed by Steven Soderbergh and starring Benicio del Toro, ‘Reminiscences of the Cuban Revolutionary War’ and ‘The Bolivian Diary’ will be released as ‘Che Part 1’ and ‘Che Part 2’.

Reviews of The Bolivian Diary