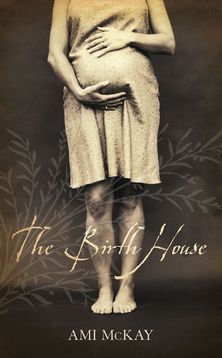 Spanning the 20th century, Ami Mckay takes a primitive and superstitious rural community in Nova Scotia and creates a rich tableau of characters to tell the story of childbirth from its most secretive early practices to modern maternity as we know it.

‘The Birth House’ is the story of Dora Rare, the first female to be born in five generations of Rares. As a child in a small village in Nova Scotia, she is befriended by Miss Babineau, an outspoken Acadian midwife with a kitchen filled with herbs and folk remedies, and a talent for telling tales. Dora becomes her apprentice at the outset of World War I, and together they help the women of Scots Bay through infertility, difficult labour, breech births, unwanted pregnancies and even unfulfilling marriages.

When Gilbert Thomas, a brash medical doctor, comes to Scots Bay with promises of sterile, painless childbirth, some of the women begin to question Miss Babineau’s methods. After her death, Dr. Thomas doubles his efforts to eliminate midwifery in the area. He sets out to undermine Dora’s credibility by blaming her for the death of Mrs. Experience Ketch, a woman who had once sought Dora’s care. Gossip follows, the women begin to take sides, and Dora must summon all her strength to protect the birthing traditions and women’s wisdom of her community.

Gripping and alive with the details of times and traditions long past, Ami McKay’s debut is an unforgettable tale of the struggles women faced to have control of their own bodies.