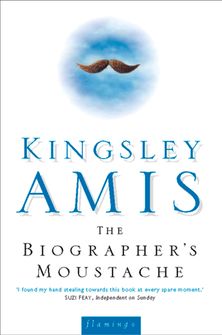 Gordon Scott-Thompson, a struggling hack, gets commissioned to write the biography of veteran novelist, Jimmie Fane. It is a task which proves to be fraught with extraordinary and unforeseen difficulties.

Fane, an unashamed snob, has many pet hates, including younger men with moustaches and trendy pronuncation. Scott-Thompson, however, is extrememly attached to his own moustache and not so particular about his use of language. It doesn’t help matters that Fane’s wife Joanna isn’t yet sure what she feels about coustaches, but has decided views on younger men.

Reviews of The Biographer’s Moustache