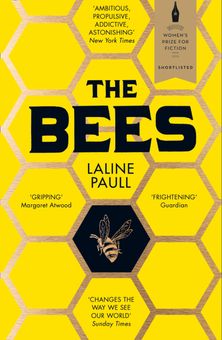 Yet Flora has talents that are not typical of her kin. And while mutant bees are usually instantly destroyed, Flora is reassigned to feed the newborns, before becoming a forager, collecting pollen on the wing. Then she finds her way into the Queen’s inner sanctum, where she discovers secrets both sublime and ominous.

Enemies roam everywhere, from the fearsome fertility police to the high priestesses who jealously guard the Hive Mind. But Flora cannot help but break the most sacred law of all, meaning her instinct to serve is overshadowed by a desire, as overwhelming as it is forbidden…

Laline Paull’s chilling yet ultimately triumphant novel creates a luminous world both alien and uncannily familiar. Thrilling and imaginative, ‘The Bees’ is the story of a heroine who changes her destiny and her world.