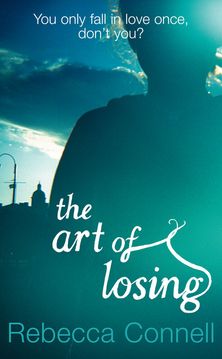 Haunted by childhood loss, 23-year-old Louise takes on her late mother’s name and sets out to find Nicholas, the man she has always held responsible for her death. Now a middle-aged lecturer, husband and father, Nicholas has nevertheless been unable to shake off the events of his past, when he and Louise’s mother, Lydia, had a clandestine, destructive and ultimately tragic affair. As Louise infiltrates his life and the lives of his family, she forms close and intimate relationships with both his son and his wife, but her true identity remains unknown to Nicholas himself. Tensions grow and outward appearances begin to crack, as Louise and Nicholas both discover painful truths about their own lives, each other, and the woman they both loved.

Told alternately from the perspectives of Louise and Nicholas, and moving between the past and the present, The Art of Losing is a stunning debut novel that shows how love, desire and loss can send out more complicated echoes across our lives than we can ever imagine.