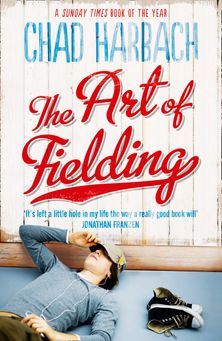 Henry Skrimshander, newly arrived at college, shy and out of his depth, has a talent for baseball that borders on genius. But sometimes it seems that his only friend is big Mike Schwartz – who champions the talents of others, at the expense of his own. And Owen, Henry’s clever, charismatic, gay roommate, who has a secret that could put his brilliant college career in jeopardy.

Pella, the 23-year-old daughter of the college president, has returned home after a failed marriage, determined to get her life in order. Only to find her father, a confirmed bachelor, has fallen desperately in love himself.

Then, one fateful day, Henry makes a mistake – misthrows a ball. And everything changes…