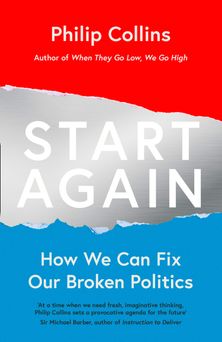 By The Times columnist and acclaimed author of When They Go Low, We Go High. Start Again is a life-raft for all those who find themselves politically adrift and a rallying cry for a better kind of politics – As heard on the Today programme