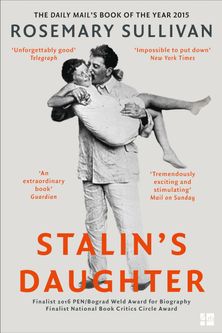 A painstakingly researched, revelatory biography of Svetlana Stalin, a woman fated to live her life in the shadow of one of history’s most monstrous dictators – her father, Josef Stalin.