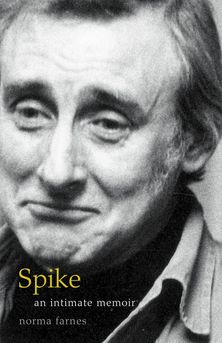 The complete memoirs of a man of many talents and faces – the late, great Spike Milligan – affectionately recounted by his close friend and agent for 35 years, Norma Farnes.

“‘What’s he really like?’ Wherever I went and was introduced as Spike Milligan’s manager I waited for the inevitable question. In not far short of 60 years it never altered. It wasn’t one that could be answered in a few words so I generally made do with ‘Interesting’ or ‘don’t ask’…”

After chancing on an advert for a secretarial position, Norma Farnes found herself initiated into the world of No.9 Orme Court – a hub of writing and creativity for many post-war entertainment names. Soon promoted to be his agent, Norma was working for a man with a celebrated reputation for brilliance and difficulty in equal measure. Much loved for many decades, Milligan was often heralded as creative and ‘zany’ but the truth went much deeper. He could be endearing, despicable, loyal, traitorous, challenging, inspirational, frenetic…sometimes all of these things in a single day, but never boring.

In these affectionate and truthful memoirs of 35 years as agent, close friend and sometime-foe, Norma Farnes portrays Spike Milligan in all his guises. Uncovering a great many personal anecdote, Spike reveals his extraordinary sense of humour, his ongoing battle with a restless mind, his remarkable, life-long friendships with Peter Sellers and Erik Sykes, his relationship his family and the industry, and his heartening struggles with society at large.

In Spike, Norma Farnes has captured a comprehensive and moving portrait of this truly extraordinary man of many talents and faces, and of her greatest friend.

Reviews of Spike: An Intimate Memoir