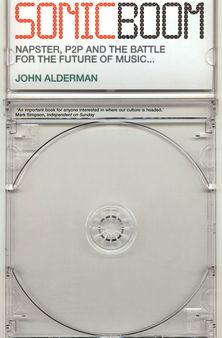 As the internet grew throughout the 1990s, software was developed, such as Liquid Audio and MP3, that could deliver music anywhere and most importantly for free. Bands were reaching fans without record company support; entrepreneurs made money distributing digital music files without licensing agreements; the music industry executives complained of piracy and refused to embrace the Information Age.

The story of the struggle to define the future of the music industry is a parable of how technology is completely changing the way we think and do business. Internet companies such as Napster, invented in 1999 by the nineteen-year-old Shawn Fanning, were rewriting the rules. Within two years, the music industry was on the attack, Napster was shut down by the courts and then bought by Bertelsmann.

The on going battle highlights some of the most crucial questions facing all forms of commerce in the face of the internet: how does the internet change the way we pay for things? How far will traditional businesses go to protect their future?