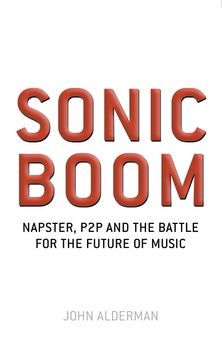 As the internet grew throughout the 90s, software was developed, such as Liquid Audio and MP3, that could deliver music anywhere and most importantly for free. Bands were reaching fans without record company support; entrepreneurs made money distributing digital music files without licensing agreements; the music industry executives complained of piracy and refused to embrace the Information Age.

With the growth of Napster, invented by the nineteen-year-old Shawn Fanning and launched in 1999, the demand for on-line music exploded. Millions of fans exchanged their favourite music with others for free. The response from the music industry was seismic – rocks stars disowned the fans who had downloaded their music while others celebrated the new relationship. Although acquired by Bertelsmann in 2000 and offering a subscription service rather than free music, the music industry is still violently opposed to all Peer-to-Peer transactions and are using any possible method to close down Napster.