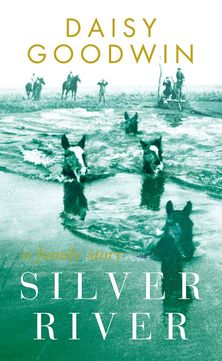 What makes a woman leave her children? Sometimes you have to go back 150 years to find out…

Daisy’s family, on her mother’s side, is as eccentric and wayward as any family could be. Her Irish forebears – a Catholic and a Protestant – were driven from their southern Irish home and emigrated to Argentina. Their history there is one of vast wealth rapidly acquired and just as rapidly lost, of gambling, of horses, of suicides and breakdowns, of isolation in the bleak expanses of the Pampas and of the heights of high society. In this extraordinary memoir, the contrasts between Argentina and England serve as a metaphor for the clashes in the author’s life, caught between two parents, two countries and two cultures. Intensely personal, funny and unsentimental, ‘The Silver River’ explores universal questions about families, identity and growing up in a way that has never been done before.