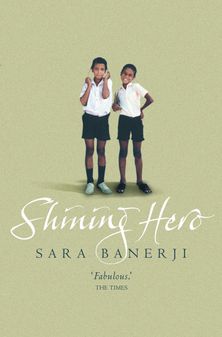 A rich and dramatic story of a poor young Indian boy who fights like a tiger to achieve fame and fortune.

In a village just outside present-day Calcutta, Koonty, a young girl, is squatting in pain beside the river, convinced that her agony is the result of a fish allergy. It’s not – she’s giving birth and as the realisation dawns on her, she makes the connection with the encounter she had all those months ago with the swimming stranger with the golden bathing shorts…Horrified, she places the baby onto a piece of floating debris, fixes her own necklace around his neck and pushes him downriver. Several miles downstream in Calcutta, the baby is discovered by Dolly, a young married woman desperate for a child. She takes him home and brings him up as her own son, calling him Karna.

And so begins a chain of events which sees Karna’s initial good fortune turn to tragedy so that, years later, he’s forced to seek out Koonty, now married and with a son of her own…