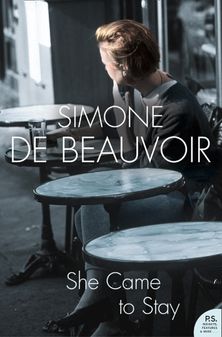 Written as an act of revenge against the 17 year-old who came between her and Jean-Paul Sartre, She Came to Stay is Simone de Beauvoir’s first novel – a lacerating study of a young, naive couple in love and the usurping woman who comes between them.