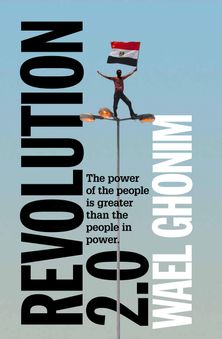 Revolution 2.0 is the story of Wael Ghonim’s extraordinary contribution to the Egyptian Revolution.

On the 25th of January 2011, a call for people to protest against the Egyptian government appeared on Facebook.

‘We are all Khaled Said’ was set up by one of the Arab world’s leading internet gurus – Wael Ghonim. He wanted it to be a focal point for ordinary Egyptians to express their anger at the killing of a young student, and transform the feeling of injustice into a peaceful protest that brought people out onto the streets of Cairo.

But two days later, as the number of people in the streets grew, Wael disappeared. After 11 days in captivity, when he was finally released by Egyptian state security amid cheers and applause, he went straight on to Egyptian television to try and mobilise the people, and stood up in Tahrir Square to tell thousands of Egyptians ‘this is not the time for individuals, parties or movements. It’s time for all of us to say one thing: Egypt above all.’

A visionary with a passion for computers, Wael had created one of the Arab world’s leading websites whilst still at university. Through the internet, he had met his wife, and networked with hundreds of young men and women from around the world. But in January 2011, Wael’s knowledge of technology, and his understanding of the attitudes of young people and the way they use the internet enabled him to make a lasting contribution to the future of Egypt.

In Revolution 2.0 Wael gives his unique insight into Egypt’s history – how it shaped his life, and thousands like him. It introduces the problems and injustice of Egyptian politics before the revolution, and tells the full story of Wael’s journey – from We are all Khaled Said to Wael’s imprisonment by State Security, and the last triumphant days of the revolution.

Hailed as a hero, but modestly rejecting the label, Wael’s determination to change the course of Egyptian history is a truly remarkable story – and testament to the ability of one man to bring people together for the cause of justice, and ultimately, freedom.