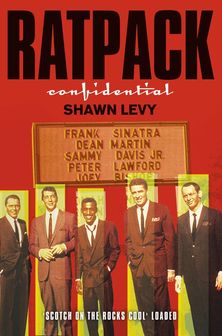 The first biography of the Rat Pack – Frank Sinatra, Sammy Davis Jr., Dean Martin, Peter Lawford, Joey Bishop et al – the original Swingers. Brilliant and beautifully written story of their rise and fall, and their connections with the Kennedys and the Mafia.

It was the Rat Pack.

‘Rat Pack Confidential’ – you’re never far from a cocktail, a swingin’ affair and a fist-fight.