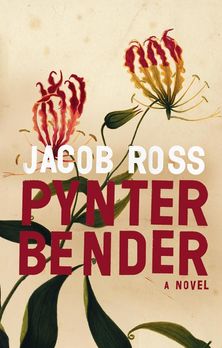 ‘Pynter Bender’ is about the conflict between the world of men and women, men who walk away from their families and from the cane fields and their women who forbear. It brilliantly describes the birth of a modern West Indian island and the shaping of its people as they struggle to shuck off the systems that have essentially kept them in slavery for centuries.