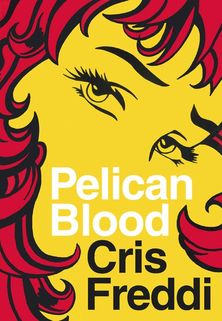 One of the most exciting debut novels for years. Foul-mouthed but lyrical, with a tragic love story at its core, Pelican Blood gatecrashes our assumptions about obsession, anorak pastimes and what makes life worth living.

‘It’s not even five in the morning, but the light’s already good an Owen Whittle’s up and about… There’s some cloud cover for a change and more wind that yesterday, otherwise much the same as usual. But things are going to be different today and it’s not the sky he ought to be watching. Today I’m going to try and kill him.’

But it’s also a kind of countdown. When you’re young, and you already think life is terminally pointless, a hobby can be a dangerous thing. You once said you’d reach 500 ticks then kill yourself. And if you can kill yourself, you can kill anybody. Like somebody who’s about to steal a clutch of rare bird’s eggs. Who’d have thought a simple hobby could lead to this?

But what if there were something else worth living for, in the shape of Stevie Red Bus, with her attitude and needs and fiery red hair. Would that be enough to keep somebody alive?

Foul-mouthed but lyrical, with a tragic love story at its core, Cris Freddi’s stunningly accomplished British debut novel presents us with a cast of vivid characters and a passion for life in all its forms. Pelican Blood gatecrashes our assumptions about obsession, anorak pastimes, and what makes life worth living.