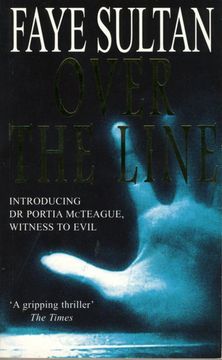 An intense thriller based on the case of real-life serial killer, Horace Benjamin Beech, by one of America’s foremost forensic psychologists who was assigned to this case. She adeptly portrays the intensity of emotional interplay between psychologist and killer.

This fictional reproduction of the trial of America’s first black serial killer, follows the progress of Portia McTeague a forensic psychologist assigned to the case of Jimmy Weir, a dim but apparently harmless grocery store delivery boy who murders two elderly women in a sleepy South Carolina town. Portia is called in by the defence to evaluate Jimmy’s mental state. If she doesn’t deem him insane or can’t convince the jury, he’s certain to receive the death penalty.

At first both repelled and seduced by her subject, she finds that the more she discovers about Jimmy’s past the easier it becomes for her to understand his pain. When the last piece of the intricate and ugly puzzle that is ‘Jimmy the Weird’ falls into place, the reasons for his crime become immediately clear. There’s no doubt that he’s insane, but does he deserve to die?

Reviews of Over the Line