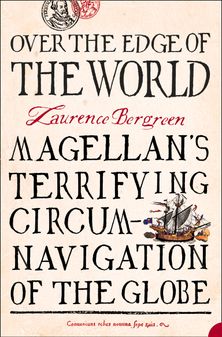 Over the Edge of the World

In an era of intense commercial rivalry between Spain and Portugal, Ferdinand Magellan, a Portuguese navigator sailed to explore the undiscovered parts of the world and claim them for the Spanish crown in one of the largest and best-equipped expeditions ever mounted in the Age of Discovery. Yet of the fleet of five vessels under his command, only Victoria was to return to Spain after three harrowing years, her captain murdered, more than two hundred of her sailors dead from scurvy, torture, execution and drowning, and a small, ravaged crew that survived to tell the extraordinarily dramatic story. What emerged was a tale of mutiny, of orgies on distant shores, of claims of cannibalism, of death and disease, of missionary zeal and base cruelty, and of incredible discoveries: the earth was indeed round, the Americas were not part of India, the earth was covered mainly by oceans, and a new route that allowed Europe access to the fantastic wealth of the Eastern spice islands. Indeed, despite the devastating loss of life and vessels, the Victoria sailed back laden with enough cloves and other spices for the expedition to be considered a remarkable financial success. Accomplished despite the fact that European mariners were exploring a world that was unmapped and misunderstood, where superstition held sway and there were real fears that you could literally sail over the edge of the world, that sea monsters lurked in the briny depths, or that if you passed the equator, the ocean would boil and scald you to death, this was a truly spectacular achievement. The shockingly explicit diaries of Antonio Pigafetta reveal much of the story. This is a many-layered book – a voyage into history, a tour of the world as it was emerging from the Middle Ages into the Renaissance, an anthropological account of exotic tribes and a chronicle of a desperate grab for political and commercial power. It is also a gripping adventure story, compelling and full of suspense and drama.

Reviews of Over the Edge of the World