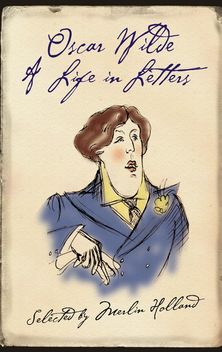 Oscar Wilde: A Life in Letters

Wilde the writer is known to us from his plays and prose fiction, but apparently it was in his conversation that his genius reached its summit. His talk is lost and his autobiography was never written, but his letters reveal him at his spontaneous, sparkling best.

Wilde the writer is known to us from his plays and prose fiction, yet it was in his conversation that his genius reached its summit. His talk is lost, his autobiography was never written, but his letters reveal him at his spontaneous, sparkling best.

Of all nineteenth-century letter writers Oscar Wilde is, predictably, one of the most brilliant. Wonderfully fluent in style, the letters bear that most familiar of Wildean hallmarks – the lightest of touches for the most serious of subjects. He comments openly on his life and his work from the early years of undergraduate friendship, through his year-long lecture tour in America as a striving young ‘Professor of Aesthetics’, to the short period of fame and success in the early 1890s, when he corresponded with many leading political, literary and artistic figures of the time. Disgrace and imprisonment followed, but even in adversity his humour does not desert him.

In this beautifully produced volume Merlin Holland has brought together his most revealing letters with an illuminating commentary. Together they form the closest thing we shall ever have to Wilde’s own memoir.

Reviews of Oscar Wilde: A Life in Letters