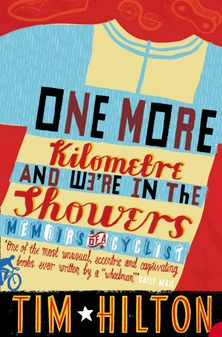 Written with great literary and historical relish, One More Kilometre examines the spread of cycling’s popularity, how it developed into a sport and how the bicycle has changed people’s lives – all viewed through the eyes of a seasoned 56-year-old racing cyclist/art critic who keeps eleven racing cycles in his garden shed and who never cycles less than 10,000 miles a year. The book starts with the 1950s, regarded as the golden age of cycling, and when the author, ‘an unhappy communist child’, first discovered cycling and its emancipating powers. Progressing through four decades of cycling social history, the author will examine cycling as a Continental phenomenon, the rise and fall of the Tour de France; the lives of the great ‘trackmen’; cycling in its domestic form, cycling for fun, the ever-popular British cycling clubs – some of which are over one hundred years old and are home to many fellow eccentrics, fanatics and old-timers, like the author’s friend, ‘the Yorkshire junior road race champion of 1954, now living in a caravan, crippled and penniless with his much younger companion a taxidermist – beautiful and cruel’. One More Kilometre is a lovely blend of personal anecdote, serious history and informed obsession, combining gentle humour, personal reminiscence and good history into a beguiling whole.