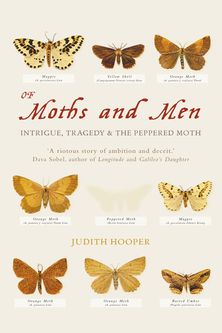 The tale of a flagrant scientific fraud and its cover-up, and scientific incompetence behind the most important paradigm in evolutionary biology: Charles Darwin’s ‘Theory of Evolution’.

Every schoolchild is familiar with the peppered moth experiment that ‘proves’ natural selection: in the early 1950s a black variety of the moth thrived in industrial areas because camouflage on blackened trees protected it from predatory birds. However, these findings, now immortalised in our biology textbooks, were botched and inaccurate. They came from a scientist who ignored the truth for the sake of fame and recognition. ‘Of Moths and Men’ is a fascinating story of hubris, delusion and heartbreak behind the most important paradigm in 20th-century evolutionary biology.