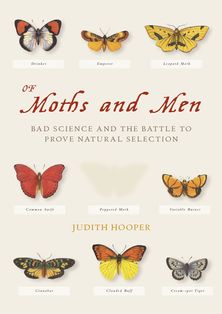 The tale of a flagrant scientific fraud, its cover-up and scientific incompetence behind the most important paradigm in evolutionary biology: Charles Darwin’s Theory of Evolution.

The fraud began in 1953, with H.B.D. Kettlewell an amateur but charismatic lepidoptorist attached to Oxford University. Using studies of the peppered moth (Biston betularia) he showed the process of natural selection at work over a period of months rather than millennia. The naturally light-coloured moth was, in Kettlewell’s experiments, found to have mutated to a darker variety (Biston carbonaria) in industrial areas where the darker colour would prove a more effective camouflage against predator birds. The conclusive evidence was drawn from the rate at which light and dark moths appeared on the trunks of an industrially influenced forest and the rate at which the lighter, poorly camouflaged moths were consumed by birds. There were only two problems: no one was sure that birds naurally ate the pepper moth. And the reason they were consumed in such apparently conclusive numbers was that they had been glued to the trees by Kettlewell. It was not the evolutionary hypothesis that was nailed but the moth. Overturning such a transparent fraud which none the less supported the most important tenet of evolutionary biology fell to a rival lepidoptorist Theodore Sargent. The British scientific establishment ranged itself against him, bullied and slandered him. Here is Darwinism not in the abstract but rooted in the world of competitve science and scientific instiutions: it’s a great tale of bad science. In the survival of the fittest, truth sometimes finishes second.