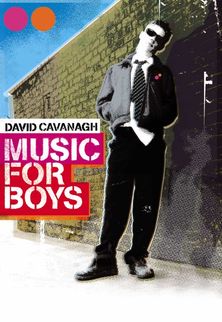 A dark comedy of obsessions and a compelling story of how music feeds teenage imaginations.

In the adolscent world of neuroses, phobias and secrets, the intimacy of music provides a vital refuge:

Belfast, May 1981. Bobby Sands, the H-block hunger-striker, has died after a 65-day protest; the police are predicting riots across Northern Ireland; but the fear that grips the sixth-formers at one local grammar school isn’t about the Troubles, it’s about their A-levels.

Sixteen year-old ‘Doug’, though, has other things on his mind, like completing The Manuscript – the definitive account of his formative musical influences. He is also scheming over his favourite local band, The Decadents, who, in his opinion, lack the ambition to fulfil their talent. If Doug can only get Andy, the band’s leader and his own mentor, to hire the right bass player and focus on writing that difficult second album then perhaps The Decadents, and Doug, will escape to London and to the future they all deserve.

MUSIC FOR BOYS – with its eclectic post-punk soundtrack – is an audacious account of teenage pop infatuation.

Reviews of Music for Boys