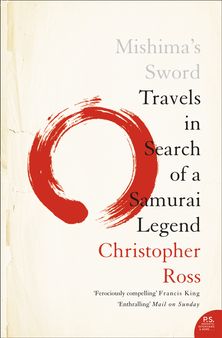 In 1970 Japan’s most famous writer, Yukio Mishima, cut open his stomach and was then beheaded with his own antique sword. His anachronistic suicide has been called many things: a desperate heroic gesture; a work of art; a political protest; the antics of a madman. But which is correct? And what became of Mishima’s sword? Thirty years later Christopher Ross sets out for Japan on the trail of those who might have answers: craftsmen and critics; soldiers and swordsmen; boyfriends and biographers; even the man who taught Mishima hara-kiri. Like his best-selling ‘Tunnel Visions: Journeys of an Underground Philosopher’, Christopher Ross has written another unclassifiable blend of travel writing, autobiography and philosophical enquiry to create a mesmeric account of modern Japan and the peculiar death that haunts it to this day.