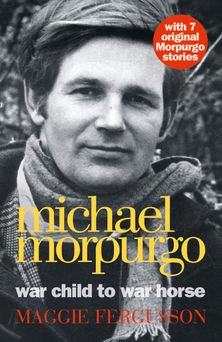 The life of Michael Morpurgo, as a biography, and autobiographical stories.

Michael Morpurgo is a national treasure. With books such as ‘Private Peaceful’, ‘Kensuke’s Kingdom’ and ‘The Wreck of the Zanzibar’ he has enchanted a whole generation of children, weaving stories for them in a way that is neither contrived nor condescending. His is a rare gift.