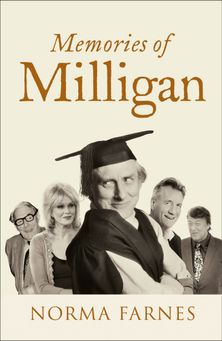 Creative, inspirational, and at times doggedly loyal, yet famously tempestuous and fickle, Spike was many things to many people. In ‘Memories of Milligan’, Norma Farnes sets out to interview those who knew him best, amassing an array of personal memories from fellow performers and comedians, long-time friends and former girlfriends. Compiled of intimate stories, small exchanges and habits that go into making up a relationship, be it personal or professional, ‘Memories of Milligan’ captures another side to the performer’s public persona, to build a complete picture of one of the greatest British comic writers to date.