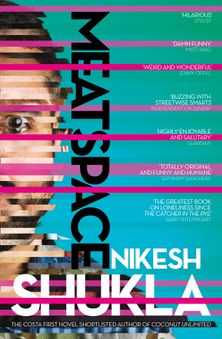 Kitab Balasubramanyam’s life is falling apart around him. First he lost his girlfriend, then his job. The novel he put his all into didn’t sell and he’s not written anything beyond 140 characters for since. He’s pushing away his widowed father, unable to listen to tales of his dad’s online dating successes, and now his brother Aziz is leaving their shared flat to travel to America in search of his Facebook doppelganger.

Despite the relentless buzz of notifications on his phone, Kitab is alone. But when his only known namesake turns up in London from Bangalore, intent on being part of Kitab’s life, at whatever cost, Kitab is forced to fight for the identity he thought he was so tired of.