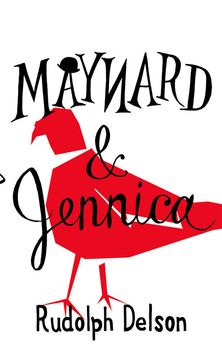 A brilliantly inventive comic love-story, set in and around New York at the beginning of the 21st century.

Maynard is a defeated musician, a reformed misanthrope who makes a hobby of surreptitiously filming the fashion faux pas of New York City subway commuters. On an uptown Number Six Train, in the summer of 2000, he meets Jennica, a nostalgic Californian and Princeton graduate who calculates that she’s been lonesome 68.53% of her adult life. It is hardly love at first sight. But when they meet again at Maynard’s film screening, their romance does indeed blossom. And as with most things in life, everyone has an opinion.

In the case of Maynard and Jennica, everyone includes: many living and some dead relatives, a blond-bombshell Russian-Israeli scam artist, a hip-hop impresario, a shabby lawyer, a long-lost friend and a writer for The New Yorker. Exuberantly illuminating much that is true and often horrifying about our times, page-turning and wryly funny, Maynard and Jennica remains at heart a love story. Delson has given us a pair of lovers who are human, flawed, complex, at once eccentric and deeply familiar – and in whose story we continue to feel invested long after we’ve turned the last page.