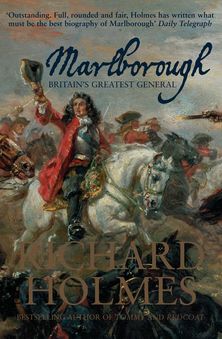 John Churchill is, by any reasonable analysis, Britain’s greatest-ever soldier. He mastered strategy, tactics and logistics. His big four battles, Blenheim (which saved the Holy Roman Empire), Ramilies, Oudenarde and Malplaquet were events at the very centre of the European stage. He captured Lille, France’s second city, overran Bavaria and beat a succession of French marshals so badly that one, the squat and energetic Bofflers, was rewarded by Louis XIV for only losing moderately. A coalition manager long before the phrase was invented, he commanded a huge polyglot army with centrifugal political tendencies and bending it to his will by sheer force of personality. Yet John Churchill was also deeply controversial. He accepted a pension from one of Charles II’s mistresses for services vigorously rendered. He owed his rise and his peerage to James II yet, determined to be on the winning side, he deserted him in his hour of need in 1688. He maintained regular correspondence with the Jacobites while serving William and Mary and with the French while fighting Louis XIV. He made money on a prodigious scale, but was notoriously tight-fisted, long regretting an annuity given to a secretary whose quick-wittedness saved him from capture. But in the age when commissions were bought and sold, and commanders often owed their position to the hue of their blood, he never lost his soldier’s confidence.