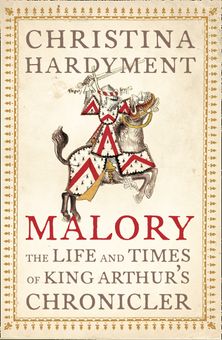 Sir Thomas Malory’s ‘Morte d’Arthur’ (1469) is one of the best-known books in the world. Virtually all modern versions of the Arthurian legends are derived from its energetic, memorably phrased and remarkably individual telling of the stirring exploits of King Arthur and his Knights of the Round Table. Yet the identity of the 15h-century knight who wrote it has remained an enigma for centuries. Only in the last few years has it become possible to construct a convincing life story for him. His life was constantly eventful, marked by great achievement, desperate situations and, at times, deep disgrace. He was an experienced soldier, a star performer at tournaments, a connoisseur of literature, connected to the great and the good, yet he also escaped from prison twice, and was accused of terrible crimes ranging from assault and cattle-rustling to attacks on abbeys and even rape. The foremost chronicler of the legends of the Knights of the Round Table almost certainly wrote much of his great work while imprisoned. Christina Hardyment writes his life story whilst also writing a social history of a fascinating period of English history, an age that marked the high-water mark of medieval chivalry but which was also an essential bridge from the Middle Ages to modern. The book is well furnished with details of clothes, food and domestic interiors, to say nothing of hunting, falconry and jousting techniques, and is a sumptuous work that fleshes out the man and the period in glorious detail. An entertaining book, guided by academic rigour in its scholarship and research.