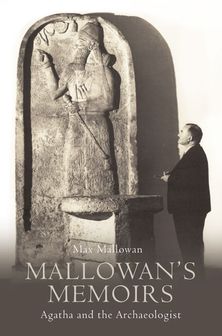 In these informal, often witty and always interesting memoirs, Sir Max Mallowan tells the story of his life, from his boyhood at Lancing where he was a contemporary of Evelyn Waugh, to the days when he was elected a Fellow of All Souls and succeeded another eminent archaeologist, his friend Sir Mortimer Wheeler, as a Trustee of the British Museum.

The author was initiated into field archaeology at Ur by Leonard Woolley in 1925, and it was Woolley who first introduced him to a visiting novelist, Agatha Christie. After further excavations, Sir Max began working independently in Assyria, to which he returned each year until the outbreak of war. In 1939 he joined the Royal Air Force and was involved in several eccentric exploits before volunteering to go the Middle East where he filled various outlandish posts with skill and aplomb.

Throughout the pre-war years, the author was accompanied on all his digs by Agatha Christie, who was not only a delightful companion and organizer of creature comforts, but also took an active part in the photography, recording and preservation of the finds: some of the humorous odes she composed about her colleagues are included in these pages. Following the account of his wartime activities, Sir Max devotes four chapters to his wife’s achievements as a supreme craftsman in puzzling and holding under her spell innumerable readers, audiences and film-goers throughout the world.

The climax of the memoirs is suitably concerned with the author’s triumphant discoveries at Nimrud or Calah, the ancient capital of Assyria. Photographs of his most attractive finds are included among the excellent illustrations to this book.