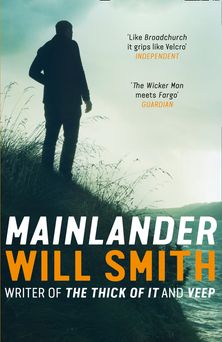 Jersey 1987, and the storm clouds are gathering over Colin Bygate, a Mainlander married to an Islander. When he first arrived, he fell for the Island’s heathered headlands and golden coves, its winding lanes and sweeping tides, its background hum of Frenchness. But now he strikes a dissonant note.

Sitting on an outcrop stewing after a row with his wife, schoolteacher Colin spots one of his pupils near the edge of a cliff. Worried that the boy may have intended to jump, he drives him home, hoping that his gloomy imagination was playing tricks. But when the boy fails to turn up to school the next day,Colin feels duty-bound to track him down, pitting him against the Island establishment who would rather there was a little less noise around this particular absence.

A web of characters is spun around this mystery, each with his or her own secrets. In Jersey, where everyone knows everyone else’s business, you must become your own island.