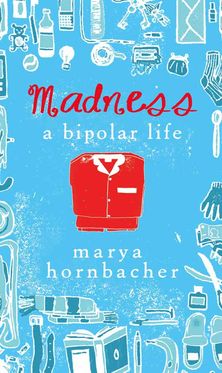 From the age of six, Marya Hornbacher knew that something was terribly wrong with her, manifesting itself in anorexia and bulimia which she documented in her bestselling memoir ‘Wasted’. But it was only eighteen years later that she learned the true underlying reason for her distress: bipolar disorder.

In this new, equally raw and frank account, Marya Hornbacher tells the story of her ongoing battle with this most pervasive and devastating of mental illnesses; how, as she puts it, ‘it crept over me like a vine, sending out tentative shoots in my childhood, taking deeper root in my adolescence, growing stronger in my early adulthood, eventually covering my body and face until I was unrecognizable, trapped, immobilized’. She recounts the soaring highs and obliterating lows of her condition; the savage moodswings and impossible strains it placed on her relationships; the physical danger it has occasionally put her in; the endless cycle of illness and recovery. She also tackles the paradoxical aspects of bipolar – how it has been the drive behind some of her most creative work – and the reality of a life lived in limbo, ‘caught between the world of the mad and the world of the sane’.

Yet for all the torment it documents, this is a book about survival, about living day to day with bipolar – the constant round of therapy and medication – and managing it. As well as her own highly personal story, the book includes interviews with family, spouses and friends of sufferers, the people who help their loved ones carry on. Visceral and inspiring, lyrical and sometimes even funny, ‘Madness’ will take its place alongside other classics of the genre such as ‘The Unquiet Mind’ and ‘Girl, Interrupted’.

Reviews of Madness: A Bipolar Life