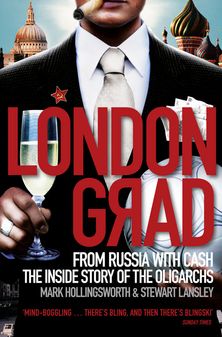 Londongrad: From Russia with Cash;The Inside Story of the Oligarchs

This is the story of how Russia’s wealth was harvested and brought to London – some of it spent by Roman Abramovich on his beloved Chelsea Football Club, some of it spent by Boris Berezovsky in his battles with Russia’s all-powerful Vladimir Putin. Londongrad is a must-read for anyone interested in how vast wealth is created, the luxury it can buy and the power and intrigue it produces.

Reviews of Londongrad: From Russia with Cash;The Inside Story of the Oligarchs