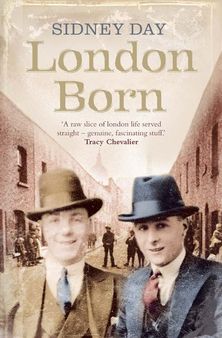 London Born: A Memoir of a Forgotten City

A 93-year-old man remembers the lost London of his misspent youth. Funny, irreverent, warm-hearted, his is a voice straight from the past.

Sid was born in Highgate in 1912 in ‘a street where there was so much villainry going on, so many drunks and gambling and gawd knows what, that at night the police would only come down in twos. Everyone knew it as Tiger Bay.’

Growing up in grinding poverty, his Dad away in the trenches, Sid took every opportunity he could get to make a few bob. With relish, he relates how ‘going out on the fiddle’ sometimes put him and his friends on the wrong side of the law. Breaking into the tailors’ shops for fifty-bob suits was all part of keeping up appearances. As he says, ‘we was all at it.’

He conjures up a world of pub brawls, of horse and cart journeys, of courting couples on Parliament Hill Fields, of public baths and washpots, of bread and dripping around the range. And he goes on to tell of the Second World War and his determination to survive for his wife and family – the only thing that ever counted.

Reviews of London Born: A Memoir of a Forgotten City