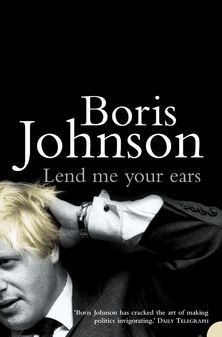 Lend me your Ears

An anthology of pieces selected to illustrate the history of our times, from the fall of Thatcher to the presidency of Blair, with new commentary on some of the major developments as seen from today’s perspective.

Boris Johnson was there at Maastricht and in Kosovo; he was at Bush’s ranch during his early career and in the Clinton White House during the days of trouble. His material also covers the consequences of the end of the Cold War.

But much of his writing concerns the domestic issues of our times: the time of Diana, the age of self-expression, the end of culture, the moment of the Yuppies, liberty versus freedom. Boris Johnson has also interviewed many of the key figures in the political and cultural worlds over the last sixteen years and addresses what these personalities tell of our age.

Boris Johnson’s writings have appeared in a variety of British and American magazines and newspapers and are here collected for the first time. Vigorous, idiosyncratic, always intelligent and informed, with a very interesting perspective on our times, Lend Me Your Ears is a pleasure to read.

Reviews of Lend me your Ears