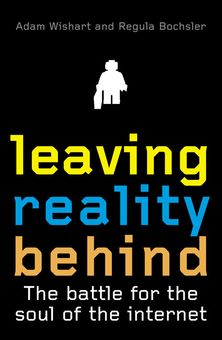 In November 1999, at the height of the e-commerce gold rush, an extraordinary hearing took place in a Los Angeles courtroom. On one side, the billion-dollar darling of Wall Street, eToys.com, the brain child of Toby Lenk, one of the hottest entrepreneurs of his generation. On the other side, etoy.com, a group of cutting-edge European artists, hungry for fame, who used the Internet as their canvas. The conflict became known as the Toywar.
Etoys.com accused eToy.com of virtual piracy and demanded that they be shut down. American Big Business was being jeopardised by a European, home-spun web group. The outcry amongst the Internet community was unprecedented. The ensuing battle sharply focused attention on the conflict at the very heart of the Internet: was it for the joy of the many or the exponential profit of the few? Was cyberspace a revolutionary public space or was the new frontier an extension of the shopping mall?
Through the story for the Toywar, Adam Wishart and Regula Bochsler weave the history of the seven years that changed the world forever. ‘Leaving Reality Behind’ is the real life thriller about the virtual struggle between commerce and liberty.
In 2000, as the on-line world went into melt down, what would be more valuable and enduring, a ten billion dollar corporation created by the best American entrepreneurs or a chaotic art project by a group of anarchic European rebels?