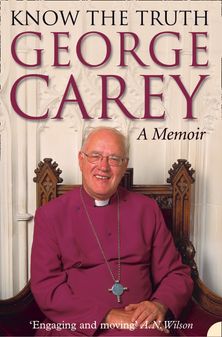 Know the Truth (Text only)

‘Know the Truth’ tells George Carey’s story from growing up in Dagenham to his experiences in the RAF in the early 1950s, of how he was to become Bishop of Bath and Wells and thereafter attained the position of Archbishop of Canterbury.

Utterly sincere and told with warmth and compassion, ‘Know the Truth’ shares George Carey’s story of marriage, family and friendship as well as addressing the wider political aspects of his time at Lambeth.

Reviews of Know the Truth (Text only)