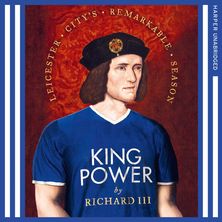 I HAD A HUNCH WE’D BE CHAMPIONS!