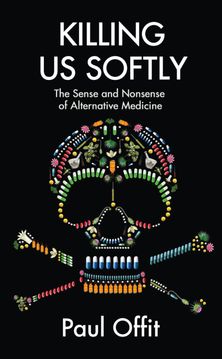 But as Paul Offit reveals, alternative medicine – an unregulated industry under no obligation to prove its claims or admit its risks – can actually be very harmful. In ‘Killing Us Softly’ he exposes how:

Using real-life case histories to back his argument, Dr Offit shows us why any medical treatment – alternative or conventional – must be properly evaluated. “There’s no such thing as alternative medicine. There’s only medicine that works and medicine that doesn’t.”