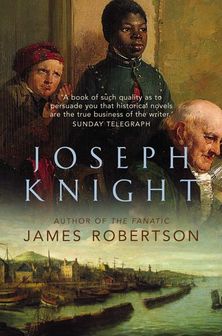 ‘A book of such quality as to persuade you that historical novels are the true business of the writer.’
Daily Telegraph

A gripping, shocking story of history, enlightement and slavery from the bestselling author of THE FANATIC. JOSPEH KNIGHT confirms James Robertson as one of our foremost novelists.