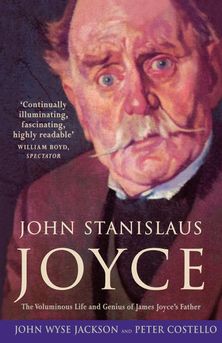 The life of John Stanislaus Joyce, father of James, Fenian, Parnellite, drunk who claimed to have cured himself of syphilis.