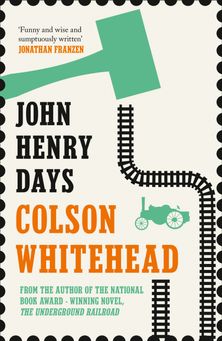 Building the railways that made America, John Henry died with a hammer in his hand moments after competing against a steam drill in a battle of endurance. The story of his death made him a legend. Over a century later, J. Sutter, a freelance journalist and accomplished expense account abuser, is sent to West Virginia to cover the launch of a new postage stamp at the first ‘John Henry Days’ festival. John Henry Days is a riveting portrait of America. Through a patchwork of interweaving histories Colson Whitehead triumphantly reveals how a nation creates its present through the stories it tells of its past.