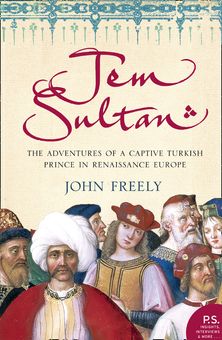 Jem Sultan, born in 1459, was one of the wonders of his age. A Turkish prince held captive in Europe at a time when the Ottoman Empire was at its peak, he was renowned throughout the continent as a romantic, mysterious figure. Today he is almost forgotten in the West, but in Turkey he is still a heroic figure, a gallant poet-prince who never grows old, his tomb a place of pilgrimage. Jem Sultan was a son of Sultan Mehmet II, known as the Conqueror after his capture of Constantinople in 1453. When Mehmet died in 1481 Jem and his brother Beyazet fought a year-long war for the succession. Jem lost, and fled to Rhodes. He was held for seven years in various castles in France, then imprisoned in the Vatican. He died in 1495, probably poisoned by the infamous Borgia Pope, Alexander VI. His body was finally returned to Turkey in 1499. John Freely, who has had access to original documents in English, Turkish, French and Italian, tells the remarkable story of Jem Sultan from his childhood and youth in the palaces of the Ottoman Empire through his war with his brother and his long years of exile in Europe.